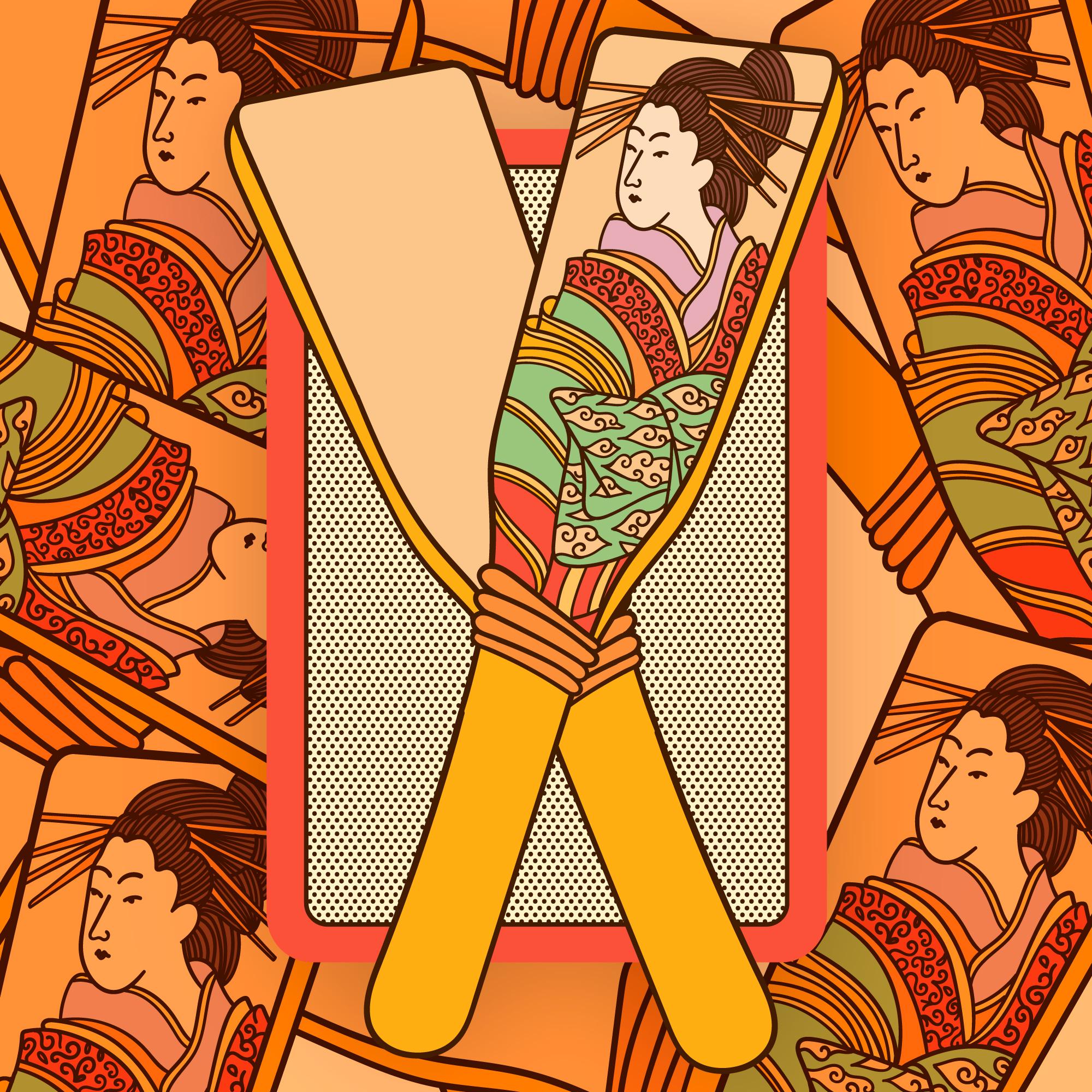 Hanetsuki, with a history of 1,300 years, is one of traditional games often played in New Year’s Holidays in Japan and is a girls’ game or action for good luck where two players bandy a fletched soapberry seed with Hagoita (battledore). It used to be a Shinto ritual.

In the Nara period, there were Shinto rituals performed in the hope of children’s healthy growth; among them, Hanetsuki is a ritual for girls and Hamaya is for boys. Gradually, Hanetsuki transcended religional ritual, becoming nobles’ game at that time. 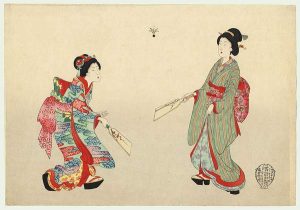 Basically, Hanetsuki is played by two players on a one-on-one basis. Two players who stand opposite each other hold a wooden racket called Hagoita, respectively, and bandy Hane (shuttlecock). Although nets are not used, and the size of the court is not prescribed, a failure to hit Hane is regarded as a loss, and a failing player receives a penalty of putting an X mark on the face with ink. 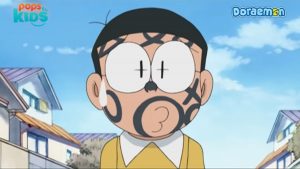 The two items that are the rectangular-handled racket known as Hagoita and the black round-shaped shuttlecock called Hane used in the game Hanetsuki.

There are two types of Hagoita rackets: one has a simple shape that is often used in playing the game, and the other, which is only used for decoration and has meant to bring luck and maturity to girls, is often called “Oshie Hagoita” (押絵羽子板). 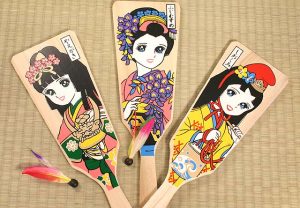 Beside with the Hagoita rackets, there is also the shuttlecock called Hane which was made from black soapberry seeds and feathers. In Japanese, the fruit is called Mukuroji, written in kanji with the meaning “child who does not get sick” (無患子 – Mukoroji). In the past, when epidemics raged, people often thought that the main cause was mosquitoes. When people playing Hanetsuki and watching Hane shuttlecock flying in the air like a dragonfly, they believed that dragonflies would destroy mosquitoes, and the game would help them to avoid sickness. 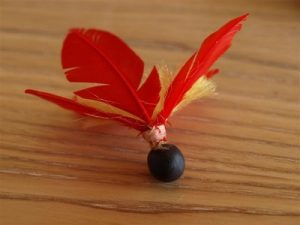 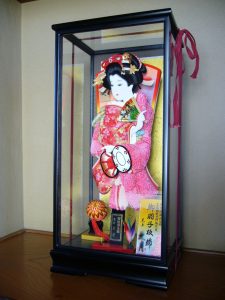 Since the Edo period, Hagoita rackets have been brightly decorated to become a fine art item to give to girls on the first New Year, called Oshie Hagoita (the boys were given the Hamaya arrow). The first new year after a child is born is very important, to celebrate this event, family members such as grandparents, parents or relatives will give a Hagoita racket to the baby girl. 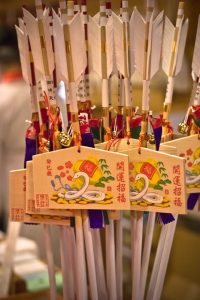 The Oshie Hagoita racket is meticulously handcrafted; Oshie is a technique of cutting and shaping on thick sheets of paper then stuffing cotton to create three-dimensional portrayals of the subjects and then gluing it to the Hagoita racquet. These decorations often depict famous characters of the Edo period such as Kabuki actors, Kabuki characters or Samurai…

Oshie Hagoita is often assembled from 3 layers of wood to strengthen the front of the racket. On the back is printed cherry blossoms, or other images that are meant to bring happiness and good luck.

Annually, from December 17 to 19, the Hagoita Ichi festival is held at Sensoji Temple (Asakusa) attracting many tourists to visit. Here travelers can freely choose the favorite Oshie Hagoita racquets at different stores. In that year, the most influential character will be chosen to be the main image for the festival. 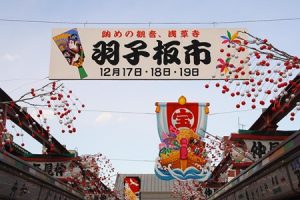 Do not have to go far to experience the artistic value of Oshie Hagoita, in Saigon, diners can arrive in Chiyoda Sushi Ben Thanh, which has a Mini collection of outstanding Oshie Hagoita arts portraying Kabuki characters.

Oshie Hagoita displayed at Chiyoda Sushi is not only a decoration, but also a symbol of good luck and avoidance of bad luck. Through Oshie Hagoita, Chiyoda Sushi wishes to bring peace to diners, as well as help diners experience the miniature Japanese cultural space in Saigon.